Is there a better way to lose money than sitting around drinking beers and playing poker with your boys on a Saturday night?

Of course, we’d all like to take home the pot at the end of the night – who doesn’t want an extra $200-$300 padding the wallet, but the concept of having a poker night itself is enough of a distraction from the monotonous day-to-day life that it makes any financial loss seem worthwhile.

In other words, poker can be one of a few motivating factors that get you up in the morning and get you to sludge through that mind-numbing routine people call a work week – and that’s when you lose.

But if you’re fortunate enough to win, poker night becomes better than New Year’s Eve or whatever “fun” holiday you can think of. (Seriously, who needs to be squished in a compact room with a bunch of drunkards you don’t know counting down from 10 to 1? Excuse my bluntness, but I’ll take the money and run every damn time.) 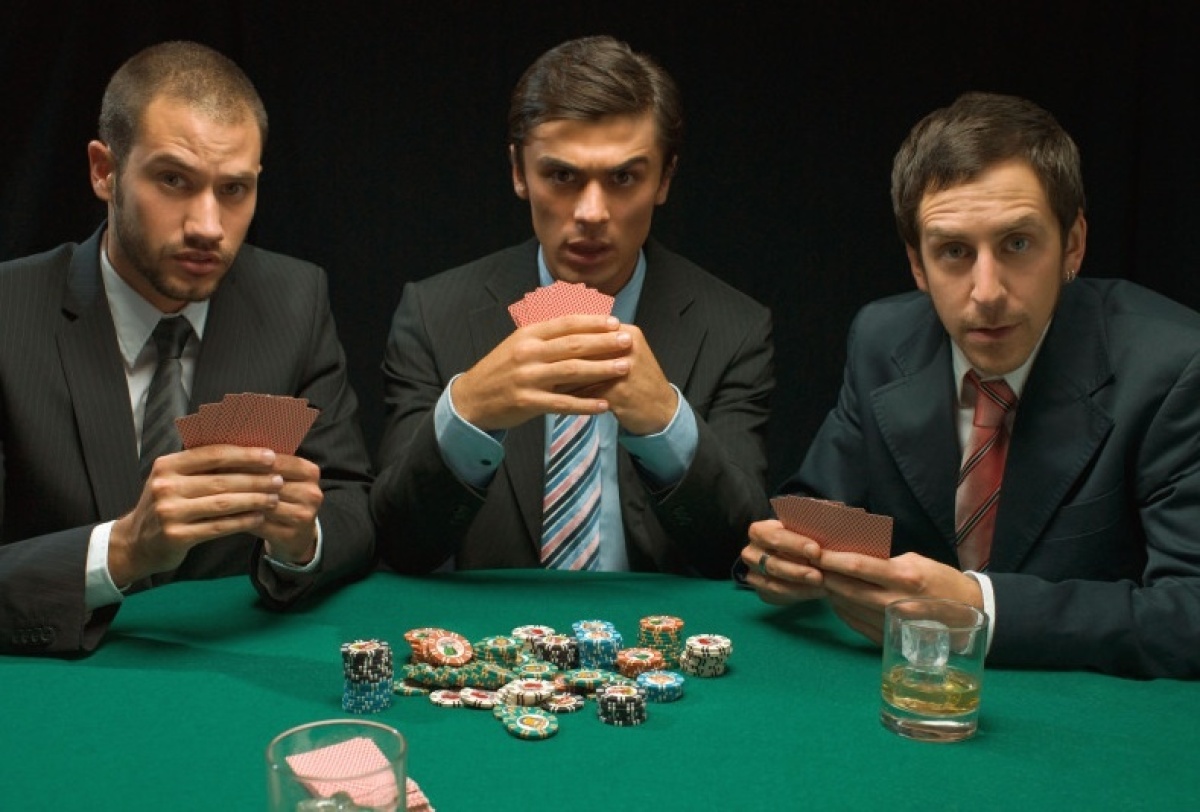 Aside from winning or losing, guys like poker nights because they are calm. There’s no obscene behavior from random people you don’t know; there’s no wild and uncontrolled screaming; there’s nobody ordering you to do something you don’t want to do; and there’s certainly no bad music being played in the background.

That’s what happens when 5-6 guys – or more depending if you’re doing multiple tables – who share similar interests and respect one another gather around a table to play poker.

It’s the bro version of a Thanksgiving dinner – everyone is cooperative and polite as long as everyone gets a plate and a place at the table.

Well, cooperative until there’s a dispute about the rules of the game – a staple of any poker night. That’s why it’s important that who’s ever hosting to create a set of house rules and print out whatever stuff can be found online that is valuable information. This hopefully will negate most arguments and conflicts – although as the night moves on and alcohol continues to be consumed, you can never truly predict how guys will behave.

With all that said, here are some of the essentials for having a poker night with your boys:

Going off that earlier point that poker night can serve as a quasi climax, or high point, of the week: there needs to be some respectable liquor brought and served. I’m talking Red Label or Jameson, at the very least. I didn’t work my ass off all week long to spend my three hours of complete freedom sipping on $10 vodka or gin – or worse, Busch Light.

If you’re going to do beer, I feel like cans are unacceptable. This isn’t a frat party – there’s no pong table being wheeled out once you’re eliminated. That means you need to have something that’s strong and tastes good to numb your sorrows.

I’m a big time believer that once you sit down, you shouldn’t get up (unless you have to piss). That means no group cigarette breaks – they ruin the pacing of the game and isolate non smokers. The happy medium is an endless supply of chewing tobacco. That way everyone who wants to get their fix can whenever they want without having to pause the game.

Plus, doesn’t it just feel like a badass move to say “I’ll re-raise ya” and then spit into a can. I feel like that’s always one of the best moments of any poker night. 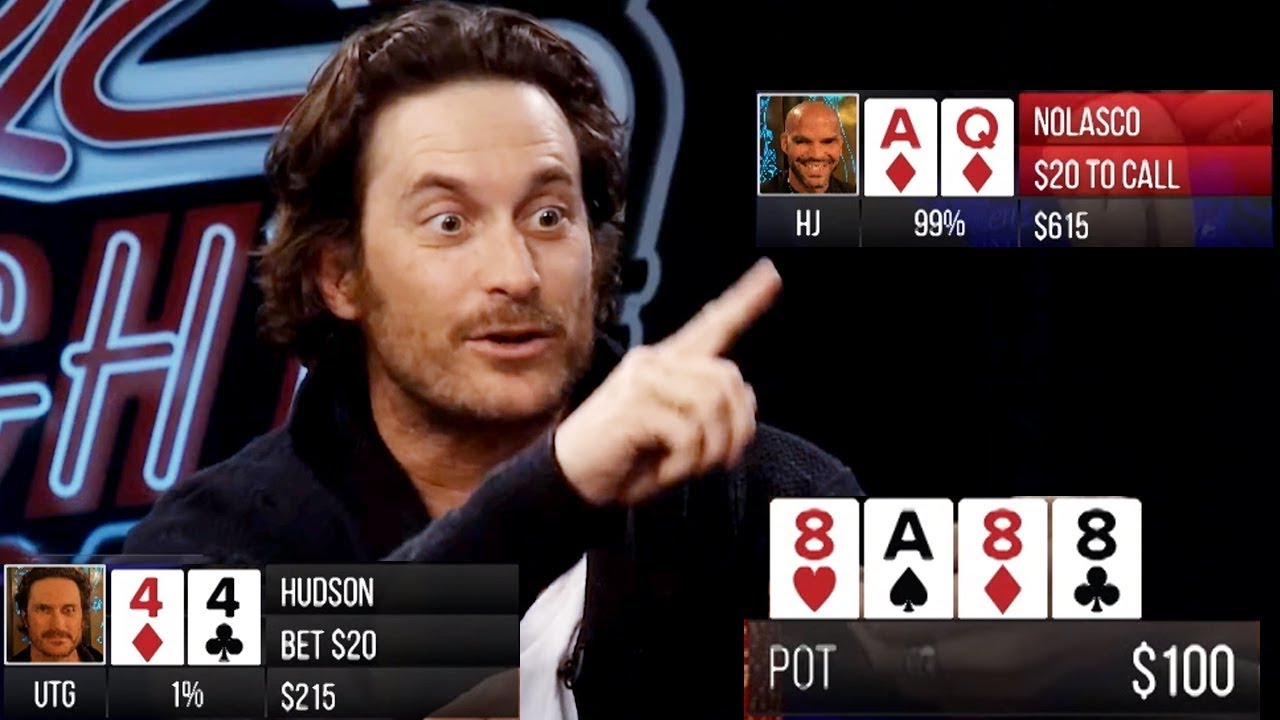 Hosting A Poker Night At Home

I swear we’ll get to some actual poker essentials soon enough – like the materials you need to play the game, but for now we’re trying to set the perfect mood.

Cigars go a long way in a poker night because they burn forever and they can be a topic of conversation within themselves in case the well of discussion runs dry.

Furthermore, they’re another good thing to have to keep players asses in their seats and not itching to go smoke a cigarette. Seriously, I hate when a game breaks for 15-20 minutes or when an individual player takes to automatically folding 3-4 hands.

True, this isn’t the World Series of Poker, but come on. Let’s have some discipline here boys.

This needs to have at least four different colored chips, a dealer chip and two fresh decks of cards. If any of these items are missing, so is the integrity of your poker night.

Seriously, if you’re so cheap that you can’t fork out $40-50 to buy one of these cases, then I question your manhood.

It’s a solid investment no matter how you look at it. It’s reusable, it makes others happy and it’s an essential part of playing a game that makes you relax and feel good.

Literally a win-win-win type of situation. You can’t go wrong.

Note: having a second case if you have multiple tables is a good idea. Inspecting the decks doesn’t hurt too. It sounds snobby but you are playing for cash here.

Some guys might here poker night and say fire up the grill. Wrong. You don’t cook meat for the dudes when they come over for poker, that’s what football Sunday’s are for.

For poker, you should order in a few pizzas or go shopping and get a bunch of chips and salsa. Anything more and you’re grossly overthinking it.

Like anything else, adding food can be a distraction to the night – don’t let it be.

I know I mentioned music somewhere up above in the introduction, but it has no place at a poker game. First, it’s distracting. Second, it’s loud regardless of where the speakers are in the room. And third, it creates more unnecessary arguments amongst players.

How can you avoid all of this you might wonder? DON’T PLAY MUSIC AT YOUR POKER NIGHT. It’s really that simple.

If one of your players wants it, tell him to go to the club.

Any Martin Scorcese film should do just fine – Goodfellas, Casino, The Departed and, most recently added, The Wolf Of Wall Street. All of these movies are about greed in some form or another and they teeter on being three hours long. In other words, they are meant to be played during a poker game at a low volume.

I don’t know about you but after I lose, there’s nothing more consoling than seeing DeNiro and Pesci go at it or Leo, Damon, Jack and Wahlberg. I love that shit.

Well, that’s why everyone comes to play in the first place, right? You can’t have a legit poker game with IOUs and crap like that. Everyone needs to bring cash and put it on the table before the cards are dealt. Otherwise you’d be better off playing Monopoly.

An empty house (or apartment)

More essential than money; the poker chips, the decks of cards and Martin Scorcese is the serenity of an open house or apartment.

If your spouse or roommate is going to be there the whole time, you mine as well cancel for another weekend. There’s no reason to have the guys over for poker if you’re not going to have absolute freedom from everyday life.

Remember, poker night is like a vacation where you don’t have to go anywhere. Anything less and you’re not doing it right.